Slums of Zenobia is a stage in Ogre Battle: The March of the Black Queen. The capital city of Zenobia is also known as Xenobia in the PSP version of Tactics Ogre: Let Us Cling Together.

Surrounded by high castle walls and gates, the city of Xenobia was the capital of the Xenobian Kingdom and once a major trade hub before the Holy Xytegenian Empire conquered it. After its occupation the population surged with the refugees of the war and became to be known as the Slums of Xenobia. The Deva Debonair was demoted and ordered to govern the region and hold off the attack of the Xenobian Rebellion.

After the Empire was dismantled by the rebellion, the city became the capital of the Kingdom of New Xenobia and once again flourished under its new king and queen Tristan and Rauny Xenobia. 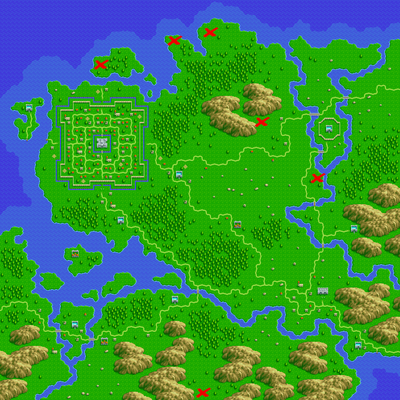 Retrieved from "https://ogrebattlesaga.fandom.com/wiki/Slums_of_Xenobia?oldid=23217"
Community content is available under CC-BY-SA unless otherwise noted.