Shrine of Kulyn is a stage in Ogre Battle: The March of the Black Queen.

The Shrine of Kulyn is located in the northernmost regions of the Xytegenia and held no notable military force during the war between the Empire and the Xenobian Rebellion. However, the city San Malt prospered as a trade point. According to local legend, the Grail resided somewhere in the region, protected by a knight ordered by King Gran of Xenobia to keep the treasure hidden. The Empire sent Deva Luvalon and a detachment of troops to secure it for themselves. 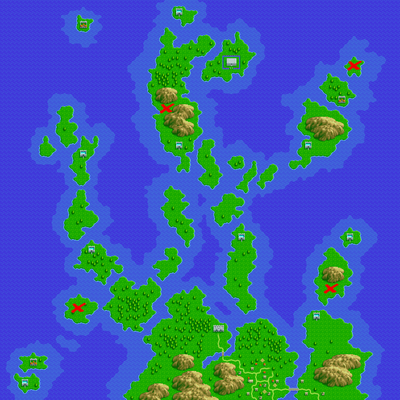 Several of the cities on this map are named after Caribbean islands.

Retrieved from "https://ogrebattlesaga.fandom.com/wiki/Shrine_of_Kulyn?oldid=23192"
Community content is available under CC-BY-SA unless otherwise noted.