Shiguld, also known as the Ruined City, is a stage in Ogre Battle: The March of the Black Queen.

When the dragoon Fogel killed the Divine Dragon Bytalth on Shiguld a terrible curse was unleashed, splitting the Sky Island in twain. In repentance, Fogel governed the shattered island and dedicated his life to the gods. When the Empire came to ask Fogel to join them he flatly refused and so was put under a charm spell by Rashidi, a sage of the Empire.

It was rumored that someone on the sky island possessed the Crest of Fire, an artifact equal in power to the Zodiac Stones. The Crest of Fire was said to be once owned by Lexor, a hero of the Ogre Battle. 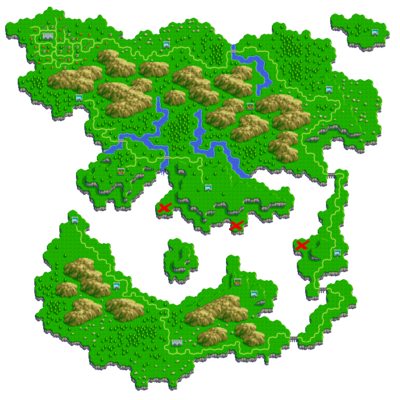 Retrieved from "https://ogrebattlesaga.fandom.com/wiki/Shiguld?oldid=23191"
Community content is available under CC-BY-SA unless otherwise noted.