Muspelm is a stage in Ogre Battle: The March of the Black Queen.

The Sky Island Muspelm is the home of Slust, one of the Three Knights from Ogre Battle Legend. The only known ways to reach Muspelm is by use of a Chaos Gate located on the surface below in the Valley of Kastro, or from its sister island Organa. There is also a Chaos Gate on Muspelm which leads to the sky island of Organa. When Rashidi and the Empire came to recruit Slust to do his bidding, Slust refused and was instead charmed by Rashidi with powerful black magic. 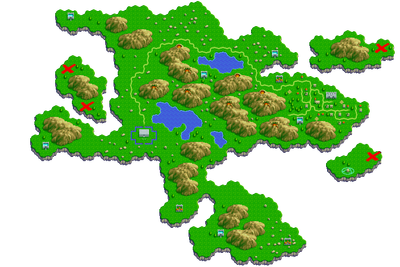 Retrieved from "https://ogrebattlesaga.fandom.com/wiki/Muspelm?oldid=20811"
Community content is available under CC-BY-SA unless otherwise noted.