Kalbi Peninsula is a stage in Ogre Battle: The March of the Black Queen. The Deva Figaro is sent to the region to stop the advance of the Xenobian Rebellion.

The peninsula of Kalbi was located in the former kingdom of Horai. Its lands were forever altered to a snow covered wasteland during the war with the Holy Xytegenian Empire, a side effect of powerful black magic used there. The port of Olesun was used as a major trading bay between Xenobia and Malano but after the great war the boats sit empty at the docks. Rashidi was breaking the seal on the Chaos Gate in the northern mountain range when the Xenobian Rebellion arrived to liberate the area. Instead of fighting them, he sent the Deva Figaro to deal with the rebels. 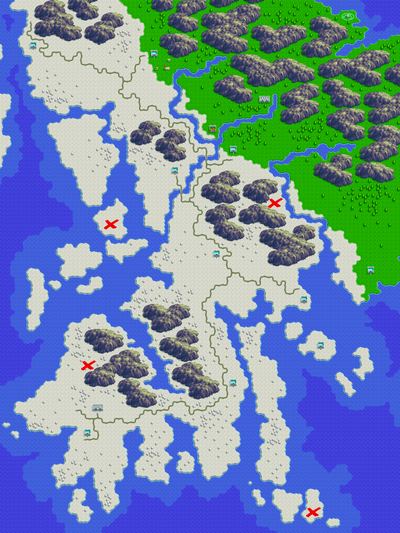 Retrieved from "https://ogrebattlesaga.fandom.com/wiki/Kalbi_Peninsula?oldid=23205"
Community content is available under CC-BY-SA unless otherwise noted.