Island Avalon is a stage in Ogre Battle: The March of the Black Queen. It is the home of Aisha and the Roshfel religion.

Located north of the capital of the Xenobian Kingdom, the island of Avalon is the spiritual center of the Roshfel faith. According to legend, the spirits of fallen warriors loyal to the faith are led back to the isle, where they defend it from evil for eternity. While Avalon had remained neutral for centuries, that ended when it was invaded by the Holy Xytegenian Empire. Foris Knudel, the Head Monk of the Roshfel Religion was executed by Gares for not giving into the Empire's demands. 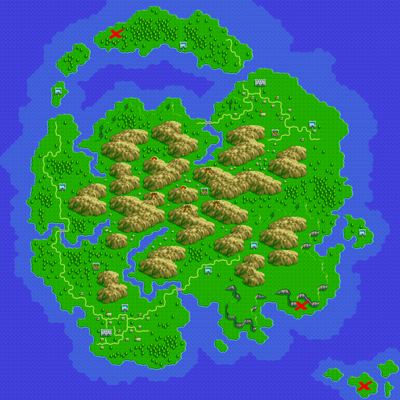