Fort Allamoot is a stage in Ogre Battle: The March of the Black Queen.

A large channel once separated the kingdoms of Horai and Ofays. On the shores of Ofays, the impenetrable fortress Allamoot was built to repel any and all invasions. After the great war twenty five years before the Xenobian Rebellion, the lands of Ofays and Horai were firmly under the rule of the Empire. Castor and his brother Porkus, twin half-giants, were given governance of Fort Allamoot. During that time piracy became rampant and the Matagalp Pirates searched far and wide for Mulmy's Map, which was said to reveal the location of his vast treasure. 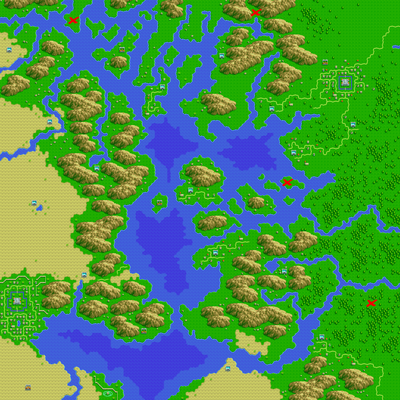 Retrieved from "https://ogrebattlesaga.fandom.com/wiki/Fort_Allamoot?oldid=23176"
Community content is available under CC-BY-SA unless otherwise noted.