Diaspola is a stage in Ogre Battle: The March of the Black Queen. A prison to hold dissenters, this region is governed by Norn.

Located to the west of the Island Avalon, the lands of Diaspola were known for the medicinal honey from their Golden Beehives. It was also once a trade route between Xenobia and Malano. But when the Holy Xytegenian Empire conquered the region it became a prison for political activists and dissenters. The Roshfel Monk Norn was demoted and sent to Diaspola. After hearing of the rumor that her lover Debonair was murdered in Zenobia, she rounded up the Empire's forces in the area to seek revenge upon the heads of the Xenobian Rebellion.

Note: Refusing Borgnine's offer will result in a small loss of reputation. Because the offer is repeated at each visit, this can be exploited to drop reputation points quickly. 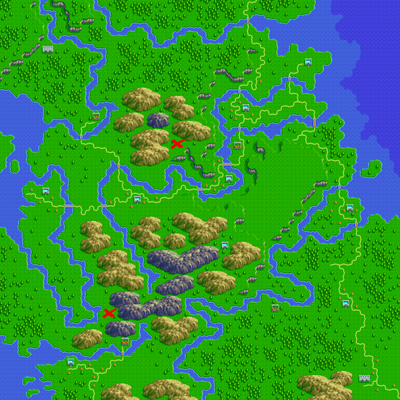 Retrieved from "https://ogrebattlesaga.fandom.com/wiki/Diaspola?oldid=23224"
Community content is available under CC-BY-SA unless otherwise noted.