City of Malano is a stage in Ogre Battle: The March of the Black Queen.

A natural fortress surrounded by lakes and mountains, the city of Malano was fortified and ruled by Duke Apros. The city serves as an autonomous, powerful trade port and impregnable fortress. During the Xenobian Rebellion, the city was busy with wedding preparations for the Duke and his fiance Rauny Vinzalf. It was in the city of Malano that the heir to the throne of Xenobia revealed himself and liberated Malano, sending ripples throughout Xytegenia that led to mass revolts against the Empire. 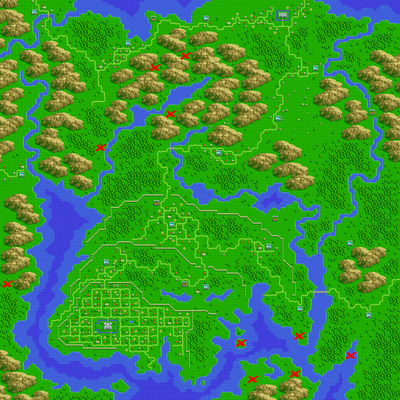 The cities of the City of Malano are named after italian places:

Retrieved from "https://ogrebattlesaga.fandom.com/wiki/City_of_Malano?oldid=23160"
Community content is available under CC-BY-SA unless otherwise noted.