Sharom District is a stage in Ogre Battle: The March of the Black Queen. This area is known as Charlom, and the city of Parcival is known as Peshaval in the PSP version of Tactics Ogre: Let Us Cling Together.

Charlom existed as autonomous territory holding strong relations with Xenobia before the war. When the Sacred Xytegenian Empire invaded, the governor of the region Gilbald O'Brien surrendered unconditionally. The Empire imposed heavy taxes and a conscription shortly thereafter. Gilbald, Canopus Wolph and his sister Iuria Wolph were all born in the city of Peshaval. 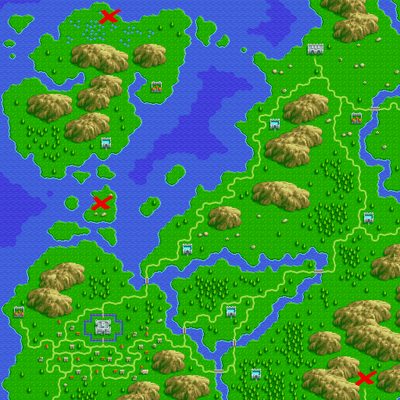 Retrieved from "https://ogrebattlesaga.fandom.com/wiki/Charlom_District?oldid=23208"
Community content is available under CC-BY-SA unless otherwise noted.