Balmorian Ruins is a stage in Ogre Battle: The March of the Black Queen. The region is governed by the youthful enchanter Albeleo.

Long ago, Balmoria was a rich kingdom known as the Deneuve Kingdom, but eventually it became nothing more than a barren land full of decaying ruins. Much later, the wizard Saradin led of the peoples of Balmoria, until his fellow pupil Albeleo turned him to stone for accusing their master Rashidi of evil. Loved and cherished by his people even after his apparent death, the sculptor Balkas erected several statues imitating the form of Saradin and placed them in towns and temples across the Balmorian region. Sometime after Saradin was turned to stone, Albeleo took control of the region himself and awaited the advance of the Xenobian Rebellion. 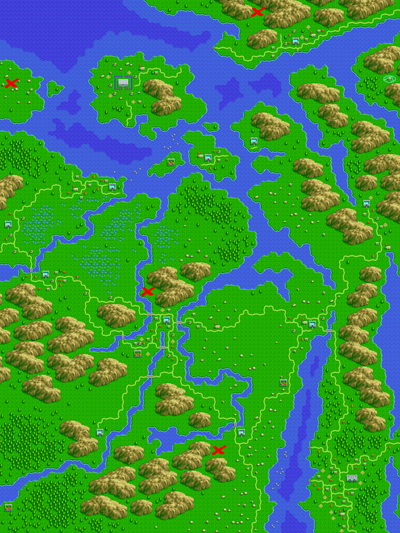