Antanjyl is a stage in Ogre Battle: The March of the Black Queen.

The forested valley of Antanjyl is where the demon general Galf was sealed by the Three Knights during the first Ogre Battle. The Roshian Temples on the northern side of the mountains were then filled with monks that kept the seal intact. However, there is one unfortunate town in the middle of the valley which was surrounded by the vampires and creatures of darkness that were drawn to Galf.

Rashidi, a sage of the Empire offered Galf freedom if he would destroy the rebels, and left behind troops from the imperial forces to help him in his task. While Galf holds allegiance to no one, he was willing to do the work of Rashidi for a chance at breaking the seal that contained him. 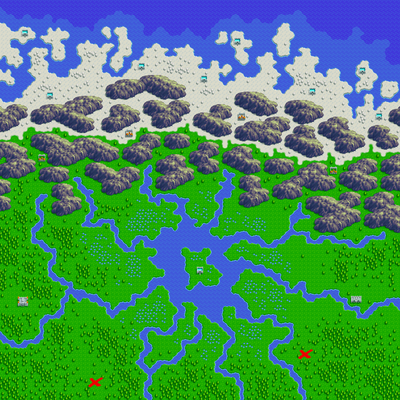 Retrieved from "https://ogrebattlesaga.fandom.com/wiki/Antanjyl?oldid=17738"
Community content is available under CC-BY-SA unless otherwise noted.