Antalia is a stage in Ogre Battle: The March of the Black Queen.

Antalia, also known as the "Sealed Land" is where the people of the region used to perform the "Ritual of the Seal" on the western island to seal the Chaos Gate found there. During the war with the Sacred Xytegenian Empire they were forced to stop performing it, roughly twenty five years before the Xenobian Rebellion.

After the area was conquered by the Empire, The Horai bishop Omicron was given governance of the region by Rashidi so that he could perform his forbidden seance spell. When completed, it summoned the Army of the Dead, a powerful legion of the ghosts and skeletons that was used to great effect during the war. 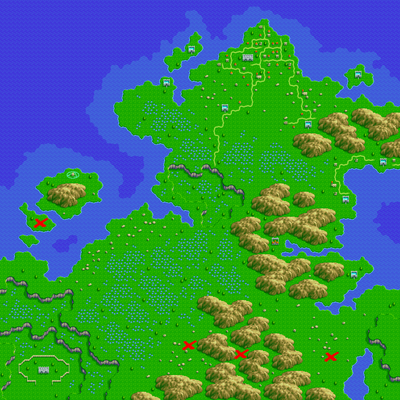 Retrieved from "https://ogrebattlesaga.fandom.com/wiki/Antalia?oldid=23402"
Community content is available under CC-BY-SA unless otherwise noted.